After calling the President GIDI, Pastor. Dorman Wandikbo finally summons the Papua Regional Police. He came as a witness in the case checkup burning mosques and shop in Tolikara, Papua. Dorman was accompanied by his lawyer, Olga Hamadi, and delivered approximately 70 congregation GIDI. They waiting in front of the General Criminal Investigation. Examinations carried out for 4 hour. 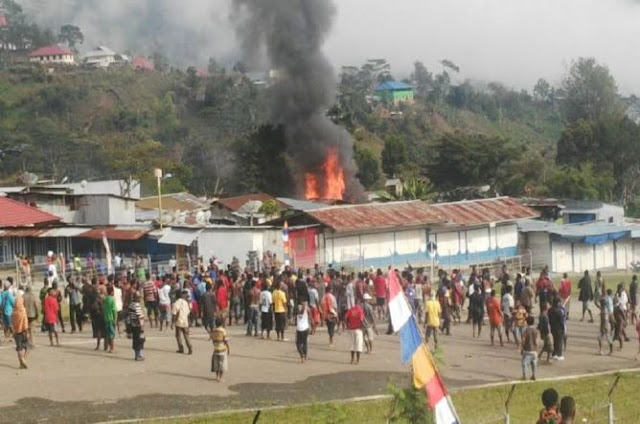 Papua police chief, Brigjen Paul Waterpauw admitted that from this afternoon, President GIDI Pastor. Dorman being examined Papua Police, Tolikara related to the incident on 17 July. It mentions, as good citizens and law, if there are issues dealt with police, whoever he had to follow the appropriate legal process

This call is also no need to be developed to other things. The problem is it starts when something happens, then the police came, and perform if the crime scene (the scene). In the process, the police need additional information and additional information is required, then combined with the initial police findings. What needs to be seen to this development, whoever we are, we must respect our own laws, "he told reporters in Papua police headquarters.

As for the further development of the two suspects and the brains behind this incident, it could not reveal more clearly, because it is still waiting for a report from the old police chief, Inspector General of Police Yotje Mende. After President GIDI checked and proceeds, investigators will present the results of that examination. Currently, all still under investigation, we wait for later development. The bottom line is a great moment for us to declare that whoever he was, in front of the same law, if we are invited to be called, it should be present, "he said.

After investigation of GIDI's president, GIDI's lawyer, Olga Hamadi told reporters that investigators are given questions about 37 questions and Pastor Dorman checked in about 4 hours, the investigation committee regarding the implementation of activities, the schedule of activities shifted from 22 to 27 July brought forward to July 15 to 19.

The last statement is closed with the agreement that has been made by both sides, both GIDI and Muslims to resolve peacefully